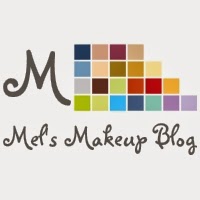 Makeup Maniacs, I  have yet another first impression to share with you!  This time, I bought 3 products from the Nonie Creme Colour Prevails cosmetics line.  These items are new to my local Walgreen's store, so I just had  to try them so that I can let you know what I think.
I bought an eyeshadow palette, a blush/bronzer duo, as well as, a lipstick/lipgloss duo.
If you'd like to know my thoughts, please watch this video:

Makeup Maniacs, I was so excited when I recently went into my local Walgreen's store and spotted a brand new line of cosmetics!  Seems like Eva Mendes, the stunningly beautiful Cuban-American actress, is the Creative Director of CIRCA Beauty which is a makeup brand that is manufactured in the good ol ' U.S.A.

I bought 4 different items from the line: a mascara, an eyeliner, an eyeshadow palette (trio), and a lipstick!  Come check out my thoughts...

Mel
I'm Melissa, but you can call me Mel. Welcome to my blog where I write about things I love. What do I love? Mostly perfume, but I do occasionally talk about makeup & skincare. I sometimes give mini reviews of products I've finished. I try to post at least once per month so please subscribe to my blog to get notifications by email. Thank you for reading and I hope to see you here again. Take care & stay safe!